Prof. Gil de Zúñiga is a Distinguished Research Professor at University of Salamanca and serves as director of the Democracy Research Unit (DRU). He is also a Media Effects Professor at Pennsylvania State University, and Senior Research Fellow at Universidad Diego Portales, Chile. Overall, the work that takes place at the DRU deals with the development of theoretically driven research, contributing to shed a social scientific light over social media and new technologies effects in the arena of Political Communication. Relying on survey, experimental, and computational methods the DRU seeks to clarify the way we understand some of today’s most pressing challenges for democracies. 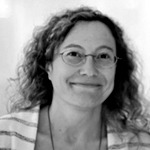 Araceli Mateos. Profesora Titular. Political Science and Administration Area. USAL. Her lines of research are linked to the influence of political attitudes on political and electoral behavior, public opinion studies, and research methodology.

Among her latest publications are: 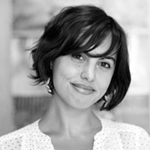 Dr. Isabel Inguanzo is a sociologist and holds a PhD in political science. She is an Assistant Professor at Universidad de Salamanca. Prior to that she was assistant professor at Universidad Loyola Andalucía (2016-2020), and worked at the UNESCO Regional Office for the Pacific States in Samoa (2014-2015), coordinating the Social and Human Sciences department. Isabel’s research is primarily on Comparative Politics and Activism, with particular focus on Gender and minorities as well as on Asian politics. She has also work as a consultant (researcher and reviewer assignments) for the European Parliament Subcommittee on Human Rights (2017-2020). 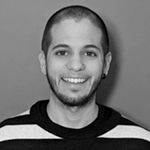 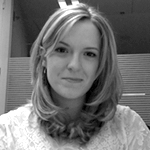 Danilo Serani is a postdoctoral research fellow (Margarita Salas) at the University of Salamanca. Before that, he was a postdoctoral research fellow at the University of Bologna, where he was involved in a project about partisan affective polarization in Italy. He holds a PhD in political science from the Pompeu Fabra University (Barcelona). Broadly, his research interests focus on voting behavior and the study of public opinion, namely voting for populist parties and partisan affective polarization. His works appeared in South European Society and Politics and Italian Political Science Review. He has been a visiting researcher at the University of Georgia (USA) under the supervision of Professor Cas Mudde and he collaborated with the CIS (Sociological Research Center) in Madrid. 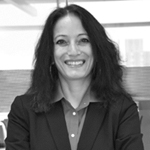 Porismita Borah is an Associate Professor at the Edward R. Murrow College of Communication and a graduate faculty in the Prevention Science program at the Washington State University. Her research focuses on the interplay of emerging technology, politics, and health. Borah primarily studies message effects in digital environments. Her work has been published in top journals such as Journal of Communication, Political Communication, Journal of Computer- Mediated Communication, and New Media and Society. Borah has received funding from the National Institutes of Health, the National Science Foundation, and the Poynter Institute for her research. Learn more about Borah’s research at http://porismitaborah.com/

Manuel Goyanes (PhD) serves as an assistant professor at Carlos III University in Madrid and is a former visiting fellow at both the London School of Economics (LSE) and the University of Vienna. His research addresses the influence of journalism and new technologies over citizens’ daily lives, as well as the effects of news consumption on citizens’ political knowledge and participation. He is also interested in global inequalities in academic participation, the systematic biases towards global South scholars, and publication trends in Communication. His works appeared in top-tier journals such as News Media & Society, Information, Communication & Society, Scientometrics, etc.

Alberto Ardèvol-Abreu is a senior researcher in the ‘Viera y Clavijo’ Excellence Program at the Department of Cognitive, Social, and Organizational Psychology at the Universidad de La Laguna (Spain). During the last eight academic years, he has worked as lecturer and researcher at the Universities of La Laguna and Vienna. 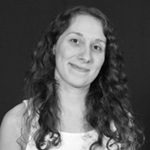 Rebecca is a PhD student at the University of Salamanca. Before coming to Spain to join the DRU, she studied at the University of Vienna where she got a Magister’s degree in Communication Science and a Master’s degree in Contemporary History and Media. Her research so far has mostly focused on quantitative methods and her fields of interest include new media such as social networking sites, how those relate to political participation, incidental news exposure, and the influence of algorithms.

Pablo is a doctoral student in Political Science at the University of Salamanca. He holds a BA and a MA in Political Science, for which he has been awarded the Extraordinary Master’s Degree Award. His research interests revolve around quantitative methods applied to political communication, social media, public opinion, and political behavior.

Zicheng is a doctoral student at College of Communications at Penn State University. She obtained her BA at Sun Yat-Sen Business School and MA at Boston University College of Communication. Her research interests center on the intersection of digital media use and political communication. Currently, she is working on topics including changing citizenship in the digital age, political discussion within social networks, digital journalism experience, and political influence of social media influencers. 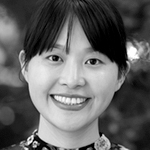 Bingbing Zhang (M.A., Texas Tech University) currently is a doctoral student in Mass Communications at the Pennsylvania State University. Her research interests focus on political communication and media effects regarding how online information impact individuals’ political beliefs, attitudes, and behaviors. Using quantitative methods, she looks at how media messages influence people’s processing of information and attitudes formation, and how people use different ways to express their certain opinions online and offline.